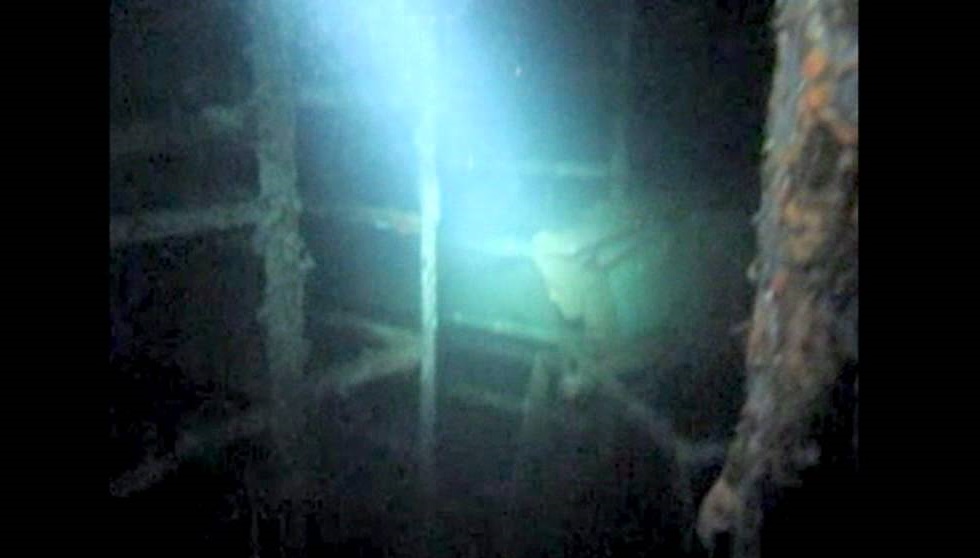 Sunk by Typhoon Gay on the 3rd November 1989

91 rig workers were killed after the vessel capsized. This resulted in a massive legal case brought against the ship’s owners UNOCAL. There were only 6 reported survivors, 2 Indonesian divers and 4 Thai’s. Although these figures vary slightly depending on the source. Many of the bodies were never recovered. 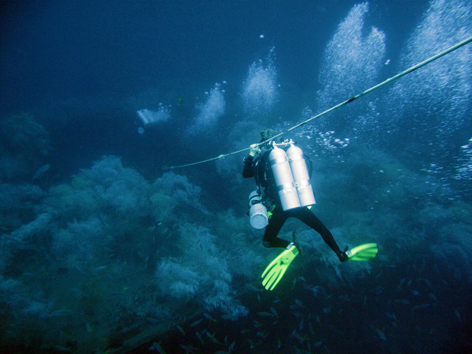 There are conflicting reports about the cause of the sinking of the Seacrest. The plaintiffs, relatives of the lost seamen, claimed that the drill ship had a derrick full of 200 ton of pipe that was still connected to the well head at the time that Typhoon Gay hit. This made the ship unstable in high seas, with a high centre of gravity. Standard practice was to disconnect from the well head when bad weather threatened.

A drill site supervisor who has withheld his name and claimed to be working for the company at the time of the sinking has stated “ The Seacrest did not have that amount of pipe in the derrick , 200 tons is a fabrication. She was not connected to the well head. The upper package was disconnected from the subsea BOP. Prior to disconnecting, pipe was run down to the 9 -5/8 shoe and hung off in the subsea BOP’s leaving a majority of the drill pipe below the sea bed. The upper package was disconnected. The slip joint was laid out. The TDS was secured above the rig floor and remaining pipe was secured in the derrick.”

Whether the pipe was disconnected or not will probably never be known as the ship could have snapped the pipe below the water line, when she capsized, making it difficult to prove or disprove the site supervisor’s claim.

No distress signals were heard from The Seacrest, and lifeboats were not found, suggesting that she capsized too quickly for the crew to respond. The ship was reported missing on Sunday the 4th of November 1989. A helicopter search located the ship floating upturned at 08h15 local time. Two rescuers were landed on the hull in an attempt to contact any survivors in air pockets in the upturned hull, but no response was received to their tapping signals.

She currently lies upside down, resting on the derrick. The starboard side is one metre from the sand, and the port side 4m. Depth is 75m to the sand, 50m to the top of the hull, where you can enter through the moon pool at 50m.

It seems that this story is about to take another twist. The legal focus of attention was whether there was a large amount of pipe line stored in the derrick and if pipe was disconnected from the well head. After extensive research our team managed to contact the engineer working aboard the Seacrest, and he has given us the below statement: 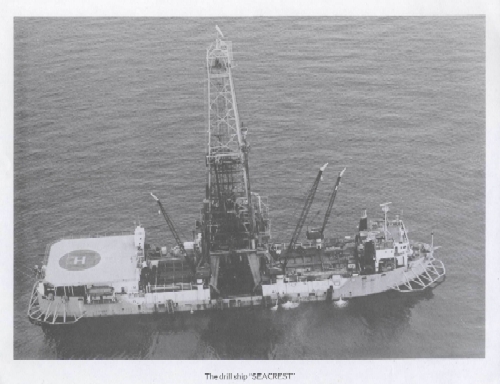 “My name is Gunnar Gustafsson – normally called “Gus” by my English speaking friends. I am a marine engineer by profession, educated in Sweden and with an unlimited chief engineer’s license issued by the Swedish government in 1973.

The Seacrest was a sister ship to Chancellorsville and on the latter vessel I spent over 6 years before I had to leave as the rig was taken out of service (due to the slump in the oil drilling business). I therefore feel that I know this is a type of vessel fairly well.

I was employed as chief engineer (marine department) on the Seacrest when the top drive unit was installed on the derrick. The installation work was performed when alongside in the port of Satahip (Thailand).

I cannot recall who was responsible for the installation of the top drive unit. I was not involved with the work at all, nor was the captain…though we both protested and pointed out the risks involved by placing such heavy equipment that high up on the derrick…and we were shocked when we found out that there were no plans to compensate the installation with appropriately placed ballast.

Both the captain (Alistair Cooke) and I were worried…and tried to communicate our worries to the rig management. However, we were met with disbelief, and the manager let us know that “others, who knew more than we did,” had said there were no problems at all with the installation.

Besides, we were told, the ABS (American Bureau of Shipping) had approved the installation…something we had a hard time believing – we simply had to accept it.

We were never shown any papers confirming that the installation had been approved by the ABS…meaning that we had no information about how we had to operate the vessel in order to remain within safety limits (amount of ballast in the tanks, etc.) Our requests for this basic safety information were studiously ignored.

Personally I was outraged when we left the port of Satahip without performing a simple inclination test. We had to leave without knowing anything about the altered stability of the vessel.

Already when leaving the port of Satahip we experienced problems, as the vessel leaned over heavily when we had to make a turn…and it took a very long time for the vessel to straighten up again…a clear indication that the vessels stability had been seriously compromised.

The captain, taking the vessel from port to the drill site, was the relief captain (I cannot recall his name)  and I am sure he will verify my statement about the problems he had when leaving port…I remember clearly how upset he was…upset and not a little bit frightened…as was I.

When we arrived at the drill site I was still upset and angry having “idiots” claiming that there were no risks…but my voice was ignored and, in short, I was told that I “knew nothing” and that I was “full of bullshit”…it even came to blows when I confronted one of the most ignorant and most vociferous persons on the crew – the subsea engineer.

Shortly after I had left the vessel at the drill site (normal crew change), I received a call from the rig manager telling me that I was not welcome back…and I remember that I laughed…telling him that there was no way in hell that I would return to that vessel…to do so would be to risk my life and I had no intention in doing so.

Some time after the disaster (which, incidentally, shook me to the core…a lot of good people went down with that rig, and I blamed myself for not having pushed the safety issue further) I was once more contacted by Captain Cooke who had received a request to serve as a witness in a court hearing about the incident. He let me know that they (the lawyers) had mentioned that they wanted me to do the same…something I readily agreed too…

However, I was never called and I later found out that the company managing the Seacrest had gone into receivership.

Note! The information above is written down by request and on my own free will. That I felt it necessary to do so is based on the information (which I received only recently) that there has been much talk about the drill crew leaving the drill pipe in the derrick…and thus they have been blamed for causing the incident.

The drill crews onboard at the time were experienced and I have no doubt at all that they would follow the standard practises used in such situations. Thus I am sure that the incident was not caused or aggravated by any neglect on their side.

In my mind the incident was caused by the instability of the vessel…and I guess nobody is refuting that. 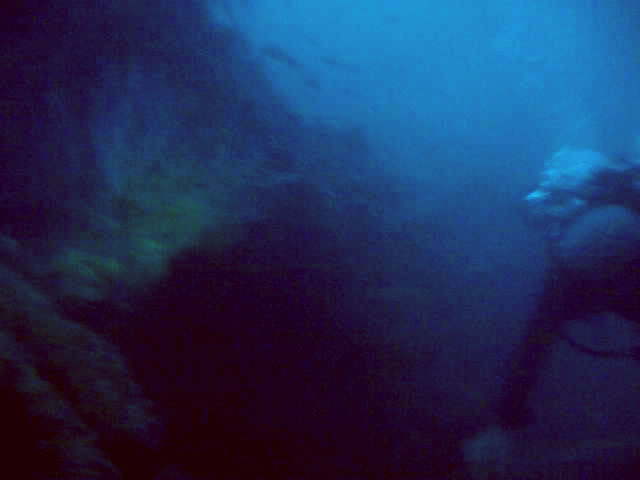 Davy Jone’s Locker , in collaboration with the Thailand Technical Wreck Diving Project will be running expeditions to the Seacrest for the purpose of surveying it. Interested parties wishing to join in are welcome . Contact us for more information.

9 thoughts on “Seacrest Drill Ship a.k.a “the Scan Queen””