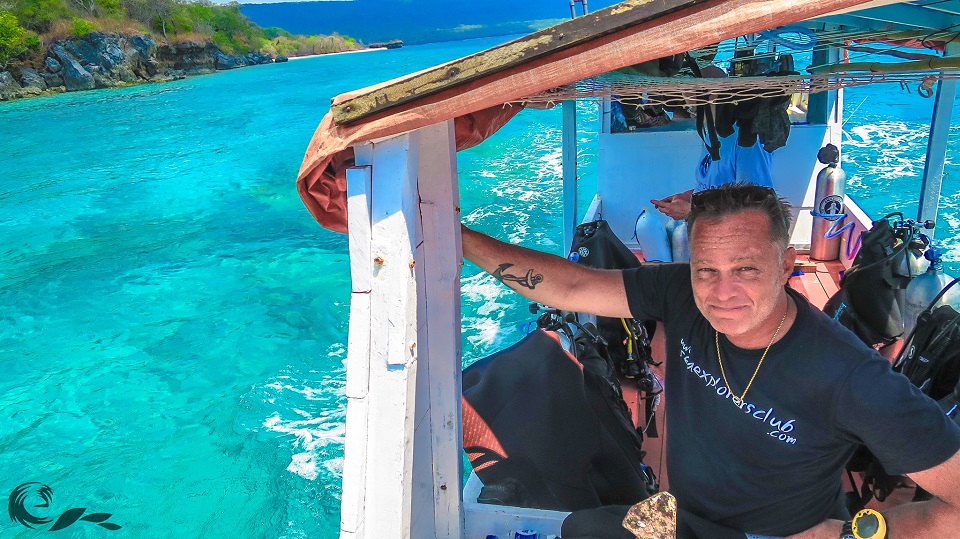 We travelled on to our base camp on Moyo Island Indonesia and completed our final dives. These took place on a sea mount 500 metres from what was to be our home for the next few days. Walls of coral and black tip reef sharks were to be our reward. The scenery and marine life was amazing, during a beautiful dive which won’t be forgotten. Eventually however we needed to surface & with reluctance we exited the water and headed for a cool beer and some local food prepared by Siladin, our chef for the trip. Being a firm believer that an army marches on it stomach I have to say an expedition also marches on its’ stomach. Thankfully for us Siladin did not disappoint.

On day 2 we awoke with the sunrise to the peace that is Moyo island. After breakfast we returned to the sea mount 500 metres from our base camp. We dived the second pinnacle and were rewarded with beautiful coral untouched by humans. It was undamaged from the stresses imposed by the modern world, nature in it’s raw beauty. We saw bodies of soft coral moving gently with the rhythm of the sea. Also a turtle passing by, surprised by the unusual bubble blowing animals in its’ wake. After a short surface interval we returned to the first sea mount. Our intention was to complete a circuit of the mount. However due to the abundance of marine life the going was slow. Giant trevallies and electric blue tangs pleasantly impeded our passage as we returned to Moyo and headed out to the local waterfall.