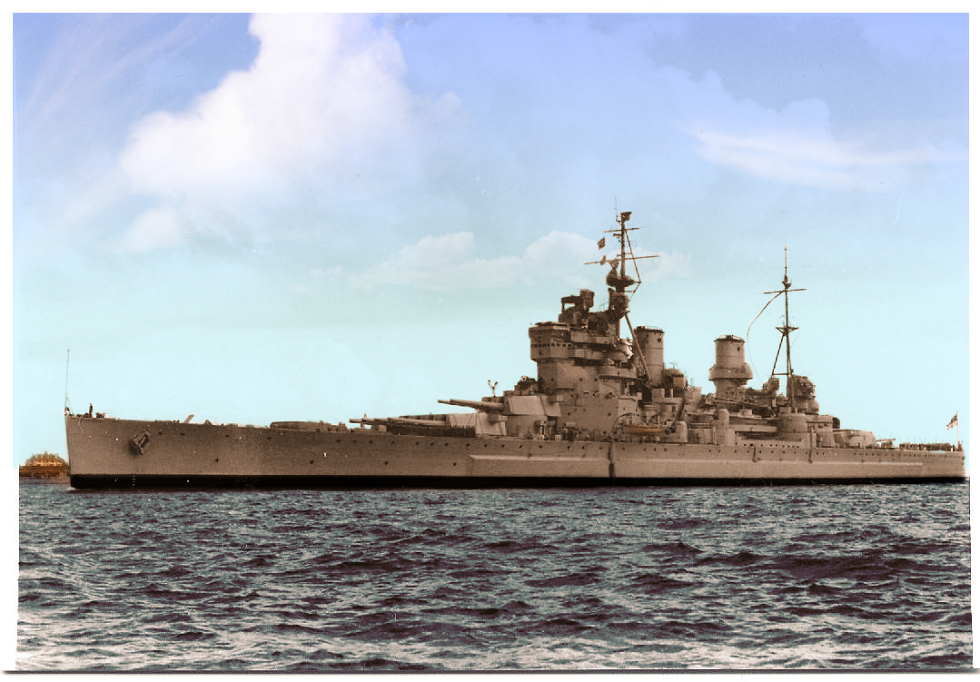 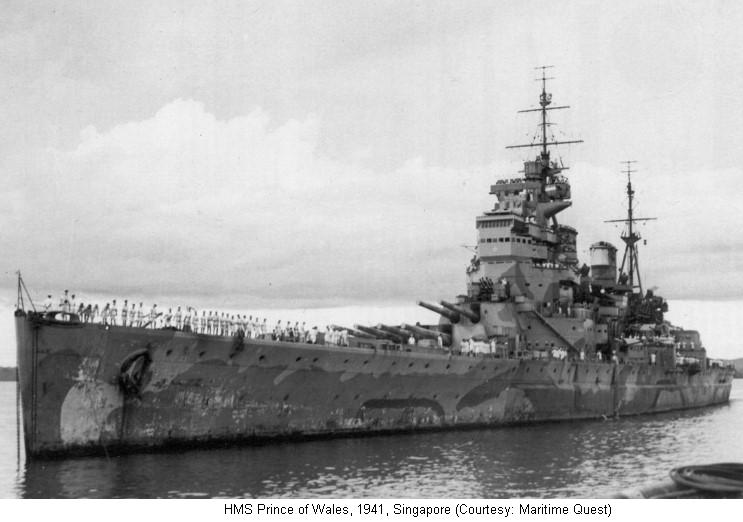 Mikko enters the water and descends. He plans to lift the shot and move it into position. If he gets the chance to tie in, he will. After 15 minutes of his run time we get a orange bag, but I’m not sure about the tie in. So I tell the crew to hold until they see my orange SMB on the line.

We start our descent and Mikko signals across that he has tied in, but too late to tell the boat without a bag. When I hit the bottom, I signal the surface by blowing my SMB, then I run a distance line. We swim along the top of the Kiel then drop down and under the deck. The Prince of Wales is almost completely upside down so most of the dive is in an overhead environment.

We fin along to the last turret with a 16 inch gun. I have a look around the area of the guns. Some empty life rafts are jammed under the superstructure making quite a striking image. Then I notice a frame that looks like a lookout platform. I return to Dave’s position and I make my switch from my bottom stage to my back gas and give Dave the turn signal. I have the distance line and have to return the way I came. Dave can rise up and follow the Kiel along, incorporating the swim into his  ascent.

We return to the port forward propeller, which is where we have tied in. This is also the screw that received a direct hit during the final attack, grinding out the bearings and twisting the shaft making it more difficult to outmaneuver the torpedo bombers. Dave makes his way back on the keel. I retrace the line and wait for Dave and Vince. When the team is together, we start our ascent. Still no current and 5 metre visibility at the top of the wreck.

I developed a rash on my neck which I believe to be from the jelly fish as I have no other symptoms. It’s about 3 hours after the dive so I keep an eye on it just in case. It could be an unexplained hit or just an allergic reaction. I decide to sit out the next dive. We are running low of 02, only 2 g size bottles left, so we need to get some more. The helium is also low, so I save my gas for some exploration later on the trip and hit the sack. Dave and Vince dive then untie.

We head for Tioman. At 2400 hours the marine police wake me up, sounding their horn and flashing their lights. The captain has anchored, albeit in the sand. Not a good idea in a marine park and this cop wants to see all the passengers. I grab my passport then roust the others. Dave is not moving unless I set fire to his feet, so I go up with Vince and Stu and we talk to the policeman. All he’s after is a backhander, and a crate of beer seems to be an international currency, even in a Muslim country.

After the necessary politeness he shows us a mooring line, but not before scraping our bow with his starboard side, a maneuver that doesn’t put a smile on our captain’s face. He’s probably drunk a few backhanders already tonight. The good news is that I worked out what’s giving me the rash. It’s the pillow case – I seem to have an allergy to it or something on it.

We go ashore in Tioman to get some supplies we need and to contact the outer world. I rent a bike and have a quick look around. This could be an interesting spot for the next DJL Diving center. Especially with the Repulse and Prince of Wales only 4 hours away.

At 1900 I crack open a bottle of Bombay sapphire and drop. Good job as Stu tries to buy some o2 off one of the local dive operators who charges him 5000bt per g. He gets 3 bottles which we boost into our cylinders and at 2 in the morning we move back to the Repulse.