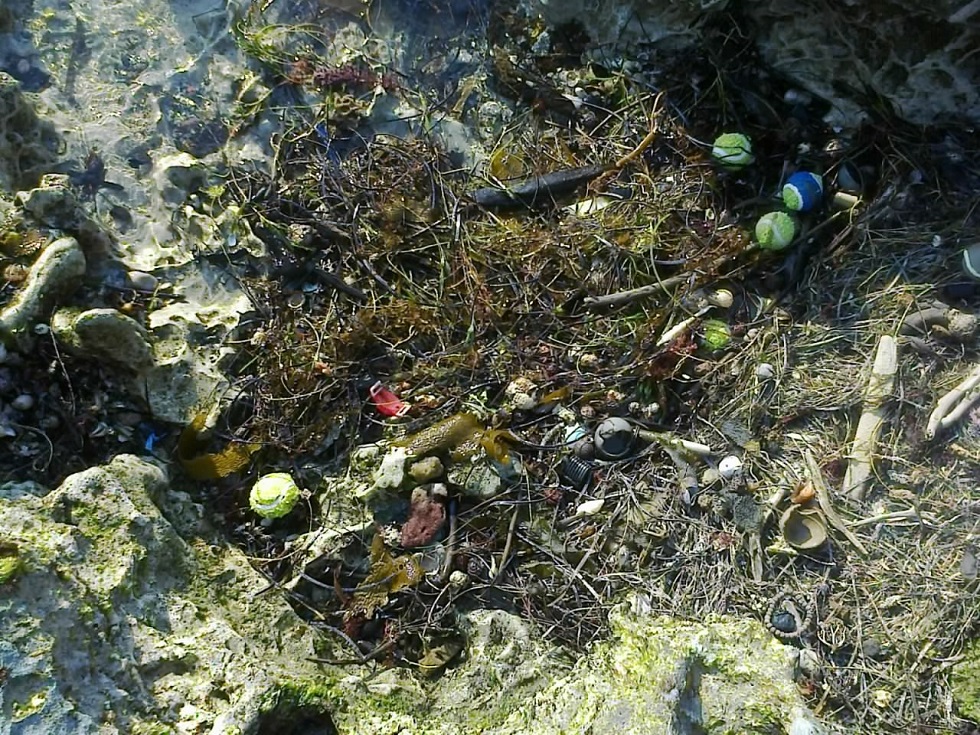 Lately the SEA Explorers club has been looking at ways of getting more involved in the ecological side of  diving. As a result a reef cleanup was planned on the local house reef, Sairee Beach. As a way of encouraging more people from outside the club to join we organised a first dive at Chumphon Pinnacles, returning to Sairee to do the reef cleanup. Happily for us lots of people were more than happy to get their fingers dirty and get involved. 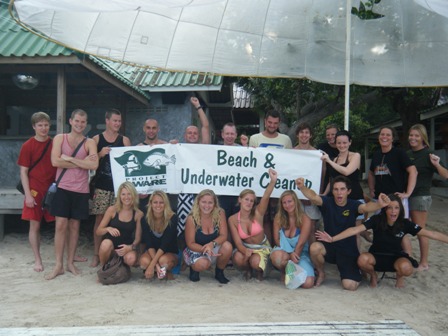 So after a couple of days of drumming up divers and preparing the site, we were all ready to go. Heading out bright and early on the morning boat, the sun was shining. There was a gentle hum of chatter and preparation on what was a very busy boat. Arriving at the site, conditions as often are at this time of the year, were great. Little current and good visibility. Descending to the top of the pinnacle we were greeted by a big school of yellowtail barracudas intermingling with some big trevallies. You might all remember from a previous post when cleaning nets from the pinnacle we were lucky enough to see two whale sharks. Once again Chumphon didn’t disappoint.

The normal size for these giant pelagics in this area is usually around 3m. So we were gratefully surprised to see larger specimen of nearly 5m. For a lot of the divers on the boat this was their first sighting. Being in a playful frame of mind, they were able to spend nearly the entire dive with this graceful creature. A special moment for anyone present.

Back on the boat we began the ride of about 30 minutes back towards Koh Tao. The team having done some reconnaisance earlier in the week had marked a number of areas on the reef that needed particular attention.