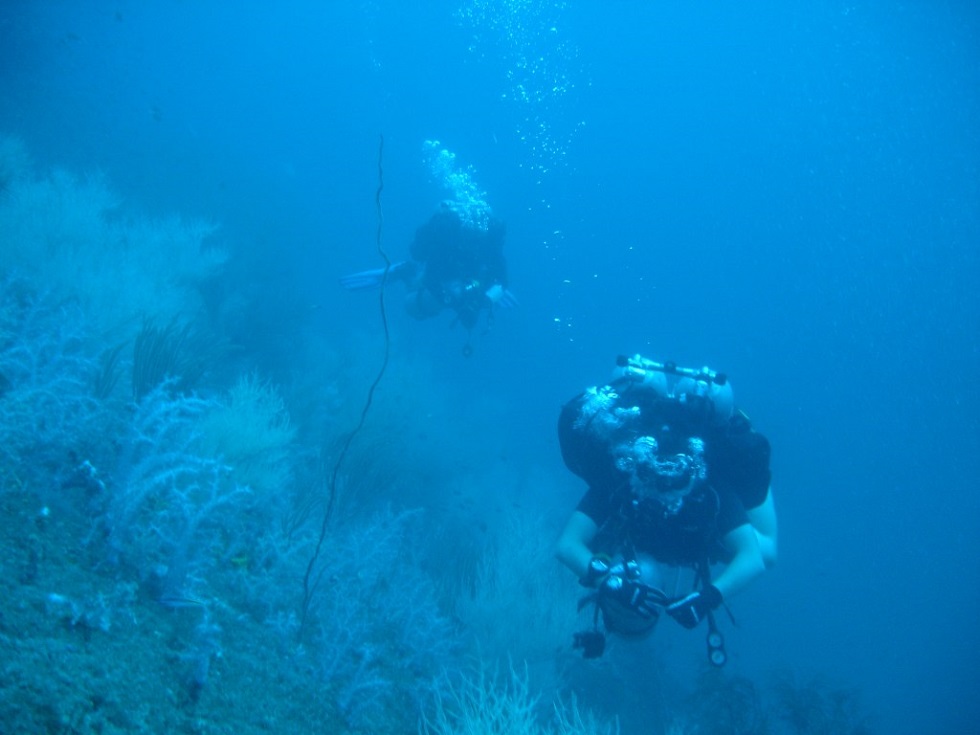 These Royal Navy vessels were part of a second world war battlegroup, Force Z. In december 1941 this battlegroup was patrolling the waters of the South China Sea. After an attack by torpedo bombers from the Japanese Airforce both sank with the loss of 840 lives.

The Repulse now lies in 56m of water while the Prince of Wales lies slightly deeper at 68m. The Prince of Wales is unfortunately virtually upside down. However it is still an impressive dive being that it was the larger of the two vessels. The Repulse is lying on its port side and being slightly shallower than her sister ship allows for slightly longer bottom times. She is a beautiful wreck with lots to see, especially the guns and ammunition. Both wrecks have an abundance of fish life and usually provide excellent visibility (30m+).

However the wrecks are located in what is now a busy fishing channel and can often experience strong currents and as a result trips will only be for experienced technical divers. Here at the S.E.A. explorers club we can organise liveaboard trips to these ships either travelling from Koh Tao or going direct to Singapore.

Diving the Repulse and Prince of Wales