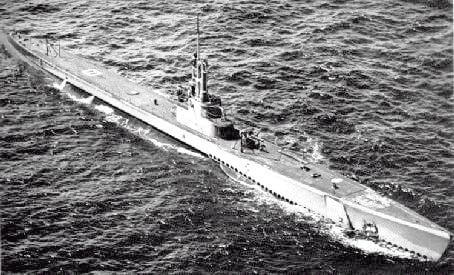 A great time of year for a wreck expedition

Every year two periods guarantee flat, calm conditions. This time is when the wind shifts from Lom Yai (big wind ) to Lom Leck (slight wind) and back. Lom Yai is from Oct/Nov to April /May Lom Leck is from April /May to Oct /Nov. The period of change can last two weeks, sometimes more, the wind becomes wispy and changeable, not allowing enough time to impart its full energy potential into the sea. This is the best period to run a wreck expedition in the area. Other times in the year present good conditions, but these are more hit and miss.

With this in mind, we set off overnight on our second wreck expedition this change. Our marks were duplicated fishermen marks, 40 nautical miles out. On our charts the Datum read 48 metres, so we were expecting between 50- 55 metres, hoping to have better visibility on the bottom as the sea had had more time to settle. We were wondering if the marks would give us a result! However, we needn’t have worried. We woke to a calm sea state, the kind sailors of old would have hated. No wind would mean a long voyage, a calamity not shared with motorised vessels.

Immediately getting a significant return on the sounder screen, my team comprised of Antony & Ryan. At the same time, Julia buddied with Marco. We were entering first, the apprehension slightly elevating our breathing rate. Our shot had landed on the gunnel, I quickly tied in then signalled the surface. Fixing a distance line, we first crossed over the beam 6-7 metres across. The top of the wreckage was at 47 metres, the sand at 52 metres.

Swimming in the direction I guessed was forward, I passed two holds, one small and one large, with some deck plating missing. Not corroded, I wondered what could have caused this. The wreckage was sitting upright, suggesting a heavy displacement cargo. Turning on gas, I recovered the line, dropping into the holds to see if I could make out a cargo. I touched the sand at 50 metres, there was no load in sight. Running our ascent, Julia and Marco passed us at six metres on the way to this new unknown wreckage. Once we recovered both teams, we gathered to compare notes.

The coral growth indicated the ship had been down some time. We needed to confirm some form of propulsion to ensure we were diving a boat, not a barge. On our second dive, I would measure the length, look more in the holds and look for any apparent cause of the sinking. Julia would look for the bridge and drop underneath to look for a propeller.

An explosion of some sort indeed blew out the deck plates that were easily viewable in the outstanding visibility. As were the bow’s missing plates, possibly from the same blast. The damage would have compromised the seaworthiness of the ship. Slightly shorter than 60 metres, the hold was still not giving up its cargo. There was a definite bridge area, behind this another small hold. Julia could not see the propeller but identified a prop shaft underneath the bridge. An excellent job of detective work.

With the evidence collated that day, we believe the ship to be a small coastal cargo ship, carrying aggregate or some form of raw materials. It was probably sunk by a bomb or gun damage, which would steer us in the direction of WW2. This was likely given the state of coral growth. The USS Bugara was active around this area in early 1945. Could this be the result of an engagement all those years before.? This ship is sure to answer more questions as we explore her more, but we had other marks to visit.

In search of more marks

We slept on deck in hammocks overnight, the lack of a breeze making it a little hot. Morning came early. Waking with the light I untied from the wreck, and we headed for the following marks. Two would prove duds, but for the third, we received a healthy return. We hurried to our equipment, placing the shot best we could. We were surrounded by fisherman’s lines. Banana leaves were staggered through the rope at intervals along the line in an attempt to attract fish. The leaves giving juveniles a haven in their shadow.

We reached the bottom at 52 metres, and I ran a distance line search disappointedly. We were on a previously unknown pinnacle. You can’t win them all. We searched quickly around the base before returning to the surface. We eliminated a couple more marks making a sounder search before returning to Koh Tao, hoping for the weather to hold and allow us to return to the newly discovered shipwreck.

Join our next wreck expedition

Want to be part of a wreck dive or wreck expedition? Contact our team for more details.