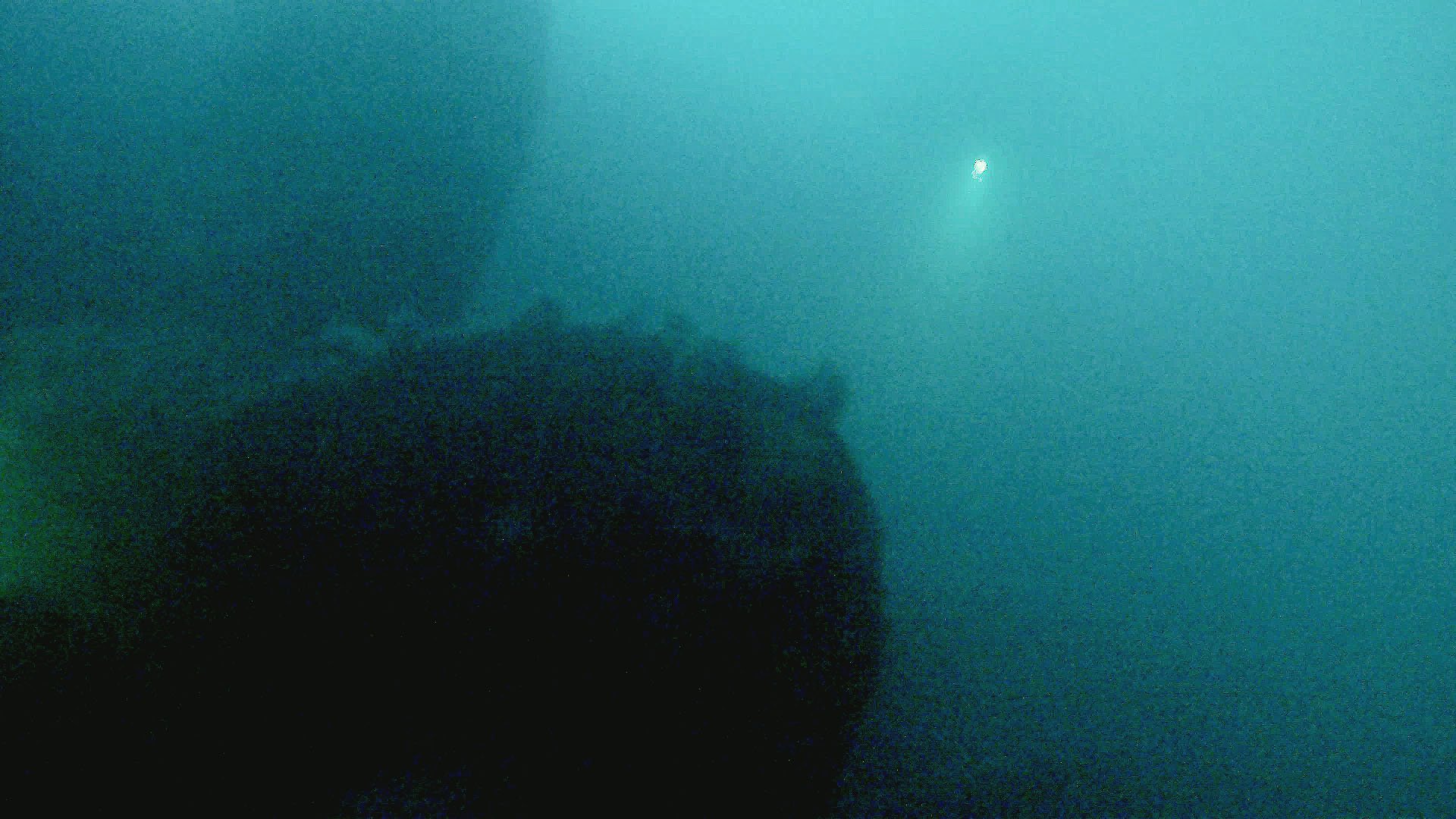 We arrive at the mark of the USS Largarto, a Balao class submarine, at 0900. The sea state is running 1.3 metres from the north east. Wind seems to be dropping off. Our team decide to wait until 1500 hours as we only have one dive planned for this wreck. We have an older American diver on board, who plans to put an American flag on the conning tower. Our team is to shoot some video.

The captain drops anchor at 0930 next to the shot, which we already have on the mark. Then, after breakfast, we blend gas.

Gas blending is completed at 12:00 we then wait for current to slacken before jumping in. At 14:00, Mikko and Tappy go in and secure the sub. Myself, Dave and Frenchy go in when we see team 1 at the 9 meter stop. An orange bag confirms tie in, but due to the short duration of our stay and the potential for damaging the wreck further if the sea state changes, we decide to hold on our engines.

I secure some weights at the lazy end of the shot to give it some top tension and we start our dive at 15:00.

The target depth was 75mtr. We hit the periscope at 62 mtr. There is a thermocline just below. Dave and Frenchy are in the lead below me and I signal them to come over and look at the conning tower. My video has not turned on so I signal Dave to turn his camera on. He had done this already so we move forward to the main 5 inch deck gun. After checking out the rifling, the current starts to modafinilhealth.com affect us. So I change direction and start swimming towards the end, into the current. Moving hand over hand, passing over a large anti aircraft gun, which has fallen off or been dragged off by fishing nets.

At this point I’m not sure if we’re going to the bow or stern. Then another large deck gun appears out of the dark. We move along the deck, eventually reaching the end. There the hydroplanes greet us, they are set for a crash dive with the rudder hard to port. I hold on to the wreck and Dave shoots video of the uncovered propeller.

I hit my turn pressure as we come around the end which is covered in nets, then return, crossing over the deck. Some strange tubes are on the deck and some of the outer hold has collapsed in. There are lots of lines and ropes waiting to catch the unwary diver. Keeping them alongside the submariners entombed within this submarine. Men, who 70 years ago, gave their lives so that we may be free.

We return to the shot. Dave and Vince start their ascent up the conning tower, shooting video along the way. I ascend the shot line, flashing my torch to attract their attention. We complete the deco and hit the surface. The sea state had worsened to around one and a half meters making the exit very difficult. The lads threw a line, but tied it too tight so we nearly go under the boat in the swell. I shout out to loosen the line which they do and one by one we pass our tanks off while still holding on retreating each time to move away from the danger zone under the dive platform.

With this done, we make a rush for the ladders, timing our exit with the swell. Once on the deck, our attention turns to the rebreather divers, one of whom is 70 years old. They struggle, as we did, in the swell and Jim hits his chest on the exit causing some bruising and some cussing. We then recover Stu and the shot.

Once all safely aboard we head for the next mark. Arriving there at 22;00 we drop anchor. Vince had mixed gas for the next dives en route and with our objectives hit, some video taken and the flag laid, we retire to our bunks.

Note :- The hydroplanes are in the crash dive position and the rudder is hard over to port. This would indicate that in her final moments, when the depth charges were hitting, Lieutenant Commander Latter was turning hard to port and crash diving to escape. The large hole in the port side, forward of the conning tower, which probably caused the sub to sink, possibly caused her to flood so quickly that the commander did not have time to give the provigilpro.com order to clear the compartments of water, in a vain attempt to reach the surface and save some of his crew. 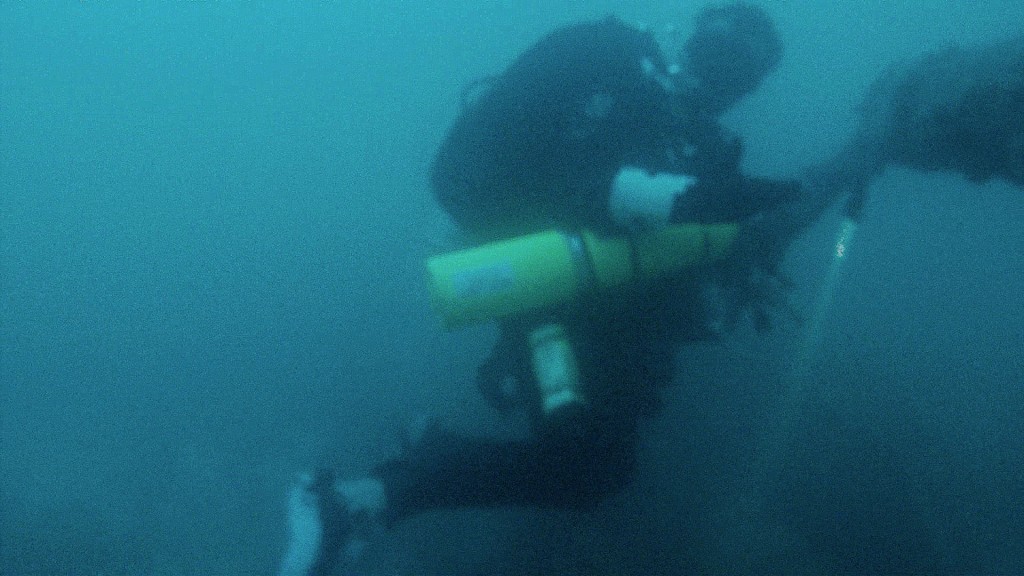 One thought on “Diary of the recent expedition Dive 3”