Around 8 hours north from Koh Tao, in the middle of the ocean is the HTMS Phangan wreck. She sits at 60m leaning on her port side. Last week the weather was stunning and the seas as flat as I have seen them in a while. As a result Davy Jones Tech decided to go on a short mission for a few fun dives before the monsoon hits later in the year and diving in the gulf becomes more difficult. We headed out overnight on our big boat and towed the RIB for a safety boat.

We arrived early in the morning, so we could dive at slack tide which was 9 am. (This gave us time to find the wreck as there is no mooring). Tim and Ed headed off on the RIB to try and locate her. Within a few minutes they had found a clear signal and dropped the shot line. Tim and Dave were the first team down. When they got to the bottom of the line, it had dropped right onto the stern of the ship. They tied on and sent an SMB up the line to signal to the boat that we could tie on and the next team could descend. The visibility was around 10 metres and there was quite a strong current running from the surface down to 10 metres where it dropped and conditions were great for diving.

The mission of the day, was to retrieve an old telegraph that was bent and damaged when she sank. It took two dives to achieve but after some hard work Dave and Tim managed to free the telegraph and send it up to the surface before heading to start deco. Everyone had a great day and we are planning another trip out there (hopefully before the monsoon swells come in). 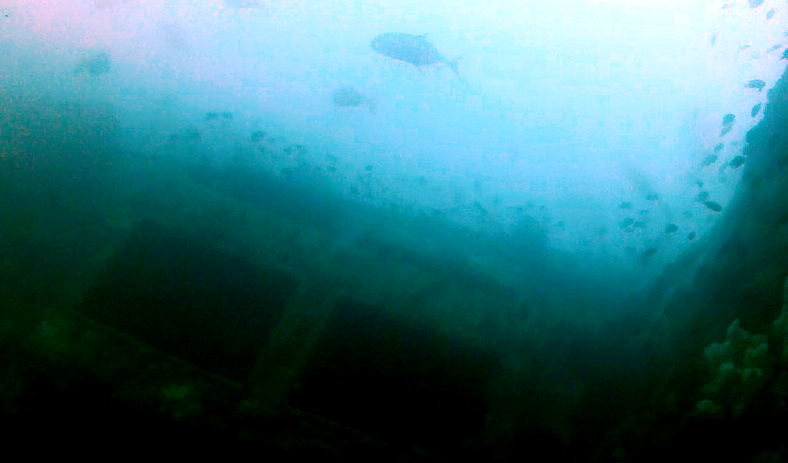