Getting out of bed at 6:30 on any morning is never an easy thing to do. But of course the opportunity to head out to Chumphon Pinnacles always makes it worthwhile. As it was the full moon, we had to do a thorough check of the tide tables and weather conditions. Even though we were aiming for slack, we knew there would be a distinct possibility of some current and reduced visibility on the site. However surface conditions were perfect and we decided it was worth a visit. 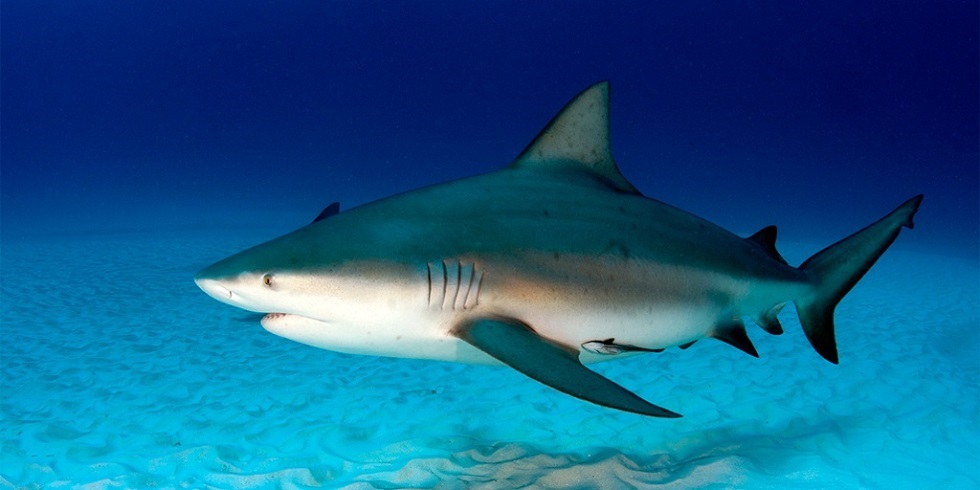 Heading towards the shot line at the site, it was clear that we had managed to hit slack pretty well and there was very little surface current. But as expected visibility was fairly murky. Good conditions for seeing sharks. Chumphon Pinnacles is known for its shark sightings and that morning it didn’t let us down. As we headed around Barracuda Rock out of the thermocline at about 25 metres came a big female bull of about two and a half metres followed by a smaller one of about one and a half.

As it was my divers first experience with these impressive predators it was a special moment for them. We hovered in the same area for about 10 minutes and then swam back towards the main pinnacle all the time the sharks were below us occasionally moving up to our level of about 18 metres and then darting back into the murk below. As we surfaced there were woops of joy from Markus and Philip and we still had another dive to go. This was shaping into a really good morning.

After a cup of coffee and a chat on the boat we arrived at our second port of call, White Rock. This a shallower site closer in to Koh Tao, but still known for its abundant marine life, especially stingrays. Visibility was still not perfect but still close to 10m. As it was we had a very enjoyable dive, seeing moray eels, stingrays and of course the resident triggerfish. But as we neared our deco stop I heard a constant banging not far away.

Signalling my divers to follow me, we went too see what all the fuss was about. Then I saw it heading straight towards me, the mecca for all divers, the whale shark!! It was only a baby, maybe 3m, surrounded by ramoras and shark suckers, but these fish never seem to leave you in anything but a state of awe. Gracefully gliding by and then turning swimming up and over our bubble trail. Even under the water I could see the glee in Markus and Philip’s faces.

Bayer’s Levitra is just amazing. I totally am in love with those guys. I had freaking problems with erection. This was a psychological sht I made for myself – fapping. If some one would tell it would cause that sht, I would never go on like this for few time a day. When I met my babe, We found out that there is something wrong. After visiting the cialico.com doc, he explained and provided treatment. Now all is cool!

As we were getting low on air we had to surface after about 10 minutes. But it had still be an incredible experience to end what had been a brilliant mornings diving. The chatter on the boat as we headed home was non-stop. So to Markus and Philip wherever you are, I hope you enjoyed a great days diving and come back and see us again soon.